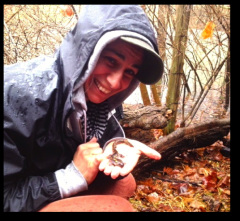 Marissa Bellino was a teacher at the High School for Environmental Studies for over ten years and is a doctoral candidate in the Urban Education Ph.D program at The Graduate Center, City University of New York. She is currently a Graduate Teaching Fellow teaching a research methods course for pre-service and in-service teachers at Brooklyn College. She became a teacher in 2003 through the New York City Teaching Fellows, a program dedicated to placing individuals from diverse educational and professional backgrounds into New York City public schools. While working at HSES, Marissa has worked in collaboration with biology and environmental psychology Ph.D students through the NSF CUNY GK-12 program to develop ecological and molecular ecology research curriculum as well as critical participatory research methods with her environmental science students.  Marissa has been the recipient of many grants to build and maintain a molecular research laboratory for students to design research projects investigating New York City biodiversity using DNA barcoding techniques. In 2011 Marissa received the Sloan Award for Excellence in Teaching Science and Mathematics, which recognizes creative mathematics and science teachers who achieve superb results and inspire young people to pursue careers in science and mathematics. 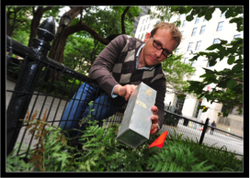 Stephen E. Harris is a Ph.D. candidate in Evolutionary Biology at The City University of New York, and manages all aspects of biodiversity research at PRI-BioBelize. Through studying the evolutionary history of white-footed deer mice in New York City, he has gained extensive training in molecular ecology, genomics, bioinformatics, and evolutionary theory.  He is bringing this skill set to Belize where he primarily uses DNA barcoding and metabarcoding methodology to inventory and conserve the country's native biodiversity.  He also uses science education to build scientific capacity in Belize. He received a B.S. in molecular genetics from The Ohio State University, and a M.A. in Science Education from the City College of New York. He is currently an NSF Graduate Research Fellow and with Marissa Bellino, was awarded Science magazine's inquiry based instruction prize for their curriculum, The Student DNA Barcoding Project. 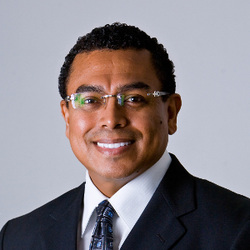 He founded the Petters Research Institute in 2005 and the Biodiversity Center of Belize in 2011 as a way of giving back to Belize. The institute is a center of excellence in mathematics, science, and technology, and fosters national development through entrepreneurship in these fields. His vision for the country is to create economic growth through high-technology industries that draw on Belizean intellectual capital. In recognition of Dr. Petters's scientific and educational work, he was named in 2008 by the Queen of England to Membership in the Most Excellent Order of the British Empire and in 2009 a street was named in his honor in Dangriga, Belize.